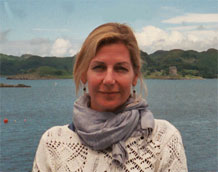 (Work undertaken at Egenis as part of the Egenis core grant.)

Non-invasive prenatal diagnosis, or NIPD, is an area of emerging genetic technology which aims to replace current invasive procedures for collecting fetal genetic material, such as amniocentesis or chorionic villus sampling, with blood tests from the pregnant woman. These have the potential to offer earlier, easier and less risky genetic diagnosis (e.g. for Down syndrome). They are already used in some clinical contexts to determine sex (for sex-linked disorder) and Rhesus diagnosis. In the future, they could be used to identify a range of genetic aspects of the fetus, from susceptibility to disease, to common phenotypic traits. In short, the ease with which genetic material from the fetus can be obtained for diagnosis with these technologies may introduce new questions into prenatal testing.

However, it is not clear how members of the public view these emerging testing procedures, and what public preferences might be regarding how tests should be used in clinical practice. Are they viewed as a quicker and easier way to identify genetic disorders before birth, or the thin end of the wedge in a culture that desires 'perfect' babies?