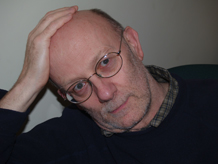 In June 2014 I was appointed as an Honorary Professor of Criminology at the University of Exeter.

I am an Emeritus Professor of Applied Social Science at Sheffield Hallam University, having taken early retirement in March 2013.

I have previously worked at Sheffield Hallam University (5 years), Bradford University (2 years) and Sheffield University (12 years).  Prior to entering academia, I worked as a probation officer for 12 years and also managed a therapy centre that provided help to children and young people who had been sexually abused.

My work incorporates criminology, psychology, sociology, social policy and social work, and I am interested in how the various disciplines can contribute to a fuller understanding of sexual violence. I have three main areas of research interest:

2. Prisons and the management of diversity

My  joint authored book ‘Social Work with Sex Offenders: making a difference’ written jointly with Steve Myers of Salford University is published on 27th April 2016.  I have also contributed a chapter ('Values in Probation with people who commit sex offences') to forthcoming book 'Probation through the Looking Glass: Academic reflections on rehabilitation' edited by Philip Priestley and Maurice Vanstone and to be published by Palgrave later this year.  I am co-editing (with Loraine Gelsthorpe and Azrini Wahidin) and contributing a chapter to 'Research Ethics in Criminology and Criminal Justice– Politics, Dilemmas, Issues and Solutions' for Routledge due to be published in Autumn this year.

2011  Perceiving the continuum of sexual harm and the need for varied responses to sexual violence.  [Guest Editorial] International Journal of Offender Therapy and Comparative Criminology 55, (2) 179-181