Culture, Methodology and Language: A German Perspective on the European Dual Qualification Degrees 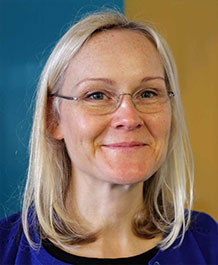 Dr Bosch’s research efforts have focused on racial equality and diversity with special reference to South Africa. More recently Dr Bosch has begun to research interdisciplinary equality education, specifically in the area of equality and diversity. She was invited to present her research and innovation at an institution wide Academic Practice session, and she has started to create an interdisciplinary network of academics. Dr Bosch has also presented her research on interdisciplinarity at the Berkeley Comparative Equality and Anti-Discrimination Annual conference at Melbourne Law School in Australia in June 2018.

Dr Bosch has been facilitating internationalisation. An international student and staff approach to education enhances diversification and widening participation, academic and skills creativity through the injection of new ideas and new ways of thinking and the enrichment of experiences. Dr Bosch has led on the international transfer collaboration agreement of Exeter Law School with Brickfields Asia College in Malaysia (BAC), which is operational since 2018. She is a member of the BAC consortium body. Dr Bosch is an external examiner for Southampton University Law School.