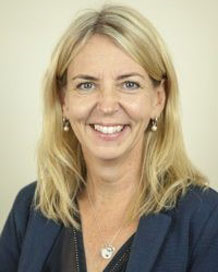 Janet has an LLB from Aberystwyth University and an LLM in Corporate and Commercial Law from King’s College London. After completing a training contract in the West End of London she worked as a solicitor at the City firm Richards Butler (now Reed Smith) advising clients on large corporate transactions.

In 2013 Janet completed an MRes at the University of Exeter and went on to receive ESRC funding for her doctoral research on the relationship between culture and legal responsibility in the Criminal Law of England and Wales. She was awarded her PhD in 2019.

Janet has taught Criminal Law and Gender Sexuality and Law at the University of Exeter and is currently a Lecturer on the Law and Business Programme at the Penryn Campus where she teaches Criminal Law, Contract Law and Legal Foundations for Business. She also has experience teaching Employment Law, Family Law and EU Law.

As well as researching in the domain where law and culture interact, Janet is involved in a GW4 funded project that is investigating gender based violence at UK universities. She is looking specifically at the regulation of higher education institutions in England and at legal arguments for making universities accountable to government in the event of their failure to prevent or respond to gender based violence.

Janet can supervise undergraduate Dissertations and Research Projects for students based at the Penryn campus in the subject areas of:

The Regulation of White Collar Crime

Legal Theory (in particular the Theory of Criminal Law)

The Regulation of Highers Education

The Relationship between Law and Culture

These are some areas that might be of interest to students in 2021/22:

The role of culture in the criminal justce system

The relationship between culture and criminal law

Sentencing reform and the development of sentencing guidelines

The liability of universities to protect against gender based violence

Students are welcome to email Janet to discuss research on the above areas or to make alternative suggestions for their research project or dissertation J.Keliher@exeter.ac.uk

In the academic field Alan Norrie is a legal hero. Norrie is a professor of criminal law and legal theory who takes a refreshingly different approach to the ideas that underpin our criminal law and criminal justice system. He challenges us to rethink concepts such as blame, responsibility and guilt which are focused on the individual and in his intriguingly named book ‘Law and the Beautiful Soul’ he explores a ‘relational’ approach to justice which argues that any judgment of an individual must take account of the broader environment and situation in which he finds himself.

In the practical field Stafford Smith is a campaigning lawyer who has spent many years working on death penalty cases and other civil rights issues. In 1999 he set up the human rights group Reprieve which provides free legal and support to some of the world’s most vulnerable people, in particular those facing execution. Clive has represented over 300 prisoners facing the death penalty in the southern United States and has prevented the death penalty in all but six cases (a 98% “victory” rate). He explains that he does this work because the world is not divided into good and bad people and there are reasons why an offender might find himself facing the death penalty. In some ways he brings Norrie’s relational approach to the realities of the criminal justice system.