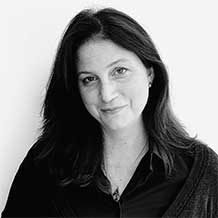 Dr Vessio is Lecturer in the College of Social Sciences and International Law. She is largely involved in contract law and commerical law modules.

Dr Vessio is currently involved in a multi-disciplinary project with Exeter Business school, Swansea Law and Computing departments and RiverSimple, a manufacturer of hydrogen cars. The project output will have impact in addressing the current legal issues raised by the circular economy model and smart contracts as well as the issues raised by their crossover. The project is part of the Circular Economy Centre for Wales Project and is funded by the European Regional Development Fund through the Welsh Government and the 2014-2020 European Structural and Investment Funds (ESIF) Programme.

Dr Vessio is a member of the Centre for Commercial and Corporate Law at Exeter and a research associate at the Centre for Banking Law, at the University of Johannesburg.

Her research interests are in commercial law, contract law and digital banking regulation.  She conducted her doctoral research on the remedies for breach and remedies of the credit agreement. Her work in this field was cited by the Constitutional Court in Paulsen and Another v Slip Knot Investments 777 (Pty) Limited [2015] ZACC 5, the Supreme Court of Appeal in Desert Star Trading 145 (Pty) Ltd and Another v No 11 Flamboyant Edleen CC and Another [2010] ZASCA 148 and in several other High Court judgments in South Africa.

Dr Vessio has published extensively and is the co-author of Moorcroft's Banking Law and Practice with advocate and acting judge Johan Moorcroft, an annually updated practitioner’s publication. (https://store.lexisnexis.co.za/products/banking-law-and-practice-skuZASKUPG626)

Dr Vessio has a broad range of research interests: she started reading for her doctorate in the fields of contract and consumer credit law, then turned her focus onto various aspects of banking law, such as consumer and contractual aspects of it, and more recently the effects of the blockchain on regulatory aspects of banking.

Having been in practice for many years she has a keen understanding of commercial transactions.

She published on digital aspects of banking law and central bank digital currencies and virtual currencies (England and South Africa).

Annually, she updates the Banking Law and Practice loose-leaf (of which she is co-author) (https://store.lexisnexis.co.za/products/banking-law-and-practice-skuZASKUPG626).

Dr Vessio finds the ever-pervasive contract law interesting as it percolates through all aspects of trade. She is now focussing her attention on smart contracts and the circular economy. Looking at the regulatory (jurisprudential) aspects of looping the supply chain while automating it at the same time.

Dr Vessio has and is supervising LLM and LLD students writing dissertation in the fields of banking, consumer, commercial and contract law. She has stood as examiner for LLD and LLM, oral defense and writing.