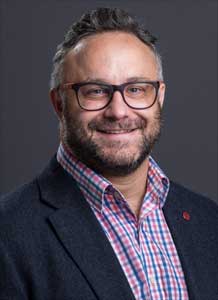 Dr. Sergio Catignani, Senior Lecturer at SSI, has been awarded a prestigious UK Economic and Social Research Council and Ministry of Defence grant, worth £299,911, to conduct a project titled, "Sustaining Future Reserves 2020: Assessing Organisational Commitment in the Reserves”. The project starts in November 2014 for three years and will examine factors that shape and influence the commitment of volunteer reservists to serving in the British Army Volunteer Reserves. Dr. Victoria Basham, Senior Lecturer in the Politics Department, will contribute to this project as Co-Investigator.

The project will pay particular attention to the influence of family life and the pressures of civilian employment on the decisions that reservists make about their commitment to serving and intentions to remain in the Reserves.

The research project forms part of the “ESRC Future of the Armed Forces: understanding issues around integration of Regular and Reserve personnel” Research Programme. The overall aim of the programme is to help identify and understand the cultural, social and economic issues that integration may have for reserve personnel in the context of their military service, including integration with regulars, and their civilian lives, especially families and employment, as well as reservist retention issues.

The Ministry of Defence Sponsor for this project and overall programme is the Army Reform Directorate General. Research results will help inform some of the pressing issues facing the British Armed Forces in the process of integrating Regular and Reserve components and will contribute to evidence as to the effectiveness of current policy as well as inform subsequent policy directly relating to the implementation of Army 2020 reforms.