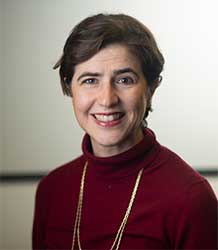 My research interests focus on social and political dynamics and their links to migration in the Gulf countries. They include the politics of citizenship, diaspora, nationalism and nation-building. My current research project focuses on the mobility and circulations of Gulf economic elites to Western countries raising the question of elites' international integration.

My book, Statelessness in the Gulf : Migration, Nationality and Society in Kuwait (IB Tauris 2018), investigates the issue of bidun people in Kuwait, as illustrating the shift from a sheikhly state to a national territorial one and the process of national identity building in the face of mass migration. Using a combination of Arabic press archive sources and ethnographic material, it analyses how the now deeply-entrenched citizens/foreigners line was historically debated and concretely drawn and explores the historical, economic, and political forces that have shaped the bidun experience as well as the emergence of their mobilisation movements.

My research interests include citizenship and migration studies, urban exclusion and symbolic violence –with a special focus on the Gulf and in particular Kuwait and sociology of elites, capital conversion (Bourdieu).

I graduated from SciencesPo (Paris) and Sorbonne University (History, Paris 1, Pantheon-Sorbonne) before obtaining an MSc (Development Studies) from the London School of Economics (LSE). I wrote my PhD in the International Relations Department at the LSE (2010) under the supervision of late Professor Fred Halliday, and funded by a scholarship from the CEFAS (French Centre for Archaeology and Social Sciences, CNRS).

After working as a Gulf Senior Analyst with the International Crisis Group (ICG), I joined the newly established branch of the Institut Français du Proche Orient (CNRS), in the occupied Palestinian Territories (2013- 17). I was a core-researcher in the ERC-funded WAFAW project (2013-17), responsible of the research axis on “Diaspora and Arab revolutions and transitions” and am a founding and editorial board member of the website Orientxxi.org (French/Arabic/English). I am a Permanent researcher at the Institute for Interdisciplinary Researches in Social Sciences -IRISSO (CNRS), Université Paris Dauphine, PSL.