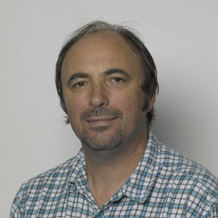 His research interests focus on the Modern History, Politics and International Relations of the Middle East, with special reference to the Gulf States and a particular focus on Oman, Iraq and the Kurds. His research also covers  unrecognized states, paradiplomacy and transnational migration.  Publications include 'The State We're In: Post-Colonial Sequestration and the Kurdish Quest for Independence since the First World War’ in The Routledge Handbook on the Kurds, M. Gunter (ed), London, Routledge, 2018;  'The Foreign Policies of Unrecognized States' in N. Caspersen and G. Stansfield (eds) Unrecognized States in the International System (Routledge/Exeter Studies in Ethno Politics, 2010); and a co-edited volume (with Annemarie Profanter) Citizenship in Transition: New Perspectives on Transnational Migration from the Middle East to Europe (Cambridge Scholars Publishing, 2013). For list of publications please see research tab.

Since 2013 he has been a Gulf History Specialist in the British Library Qatar Foundation Partnership, at the British Library, London, working on the development of the Gulf History online archive available through the Qatar Digital Library (QDL}.He has contributed articles for the QDL on topics such as Britain and Oman since 1750, Muscat and the Monsoon, Frankincense in Dhofar, The Financial Troubles of Said bin Taimur and Bertram Thomas and the Exploration of the Arabian Peninsula. He has aslo contributed articles to OpenDemocracy on the Kurds in Iraq and the LSE Middle East Centre blog on Britain and the Kurds and  Oman after Qaboos. He is currently researching the modern history, political economy and international relations of Oman as well as the Kurds and the contemporary state system for a number of publication projects. He tweets @francisowtram

The Economy of Oman in The Middle East and North Africa, 2021,  Routledge, November 2020

·       Owtram, F. ‘The State We’re In: Post-Colonial Sequestration and the Kurdish Quest for Independence since the First World War’ in The Routledge Handbook of the Kurds, M. Gunter (ed), London, Routledge, 2018.

·       Owtram, F. From Shotgun Marriage to Amicable Divorce? The Kurdistan Region of Iraq: Self-Determination, Secession and Recognition in Comparative Perspective’  in Federalism, Secession and International Regime of Recognition: Iraqi Kurdistan at the Crossroads, London, Routledge, 2019.

·       Owtram, F. ‘The Kurdistan Region of Iraq and the Federal Constitution: A Perimeter Plinth of State Territorial Integrity or a Stepping Stone to Secession’, in G. Stansfield and M. Shareef (eds), The Kurdish Question Revisited, London, Hurst, 2017.

·       Owtram, F. ‘The Kurds, Oil and the Drive for Independence: Ace in the Hole or Joker in the Pack’ in A. Danilovich (ed), Iraqi Kurdistan in Middle East Politics, London, Routledge, 2017.

·       Owtram, F. ‘The Federalization of Natural Resources in A. Danilovich’, Iraqi Federalism and the Kurds: Learning to Live Together, Farnham,  Ashgate 2014.

·       Frankincense in Dhofar: An Ancient Trade at the Centre of19th Century Troubles December 2014

·      Spies,Ships and Strategic Communication: Anglo-French Competition in the Gulf  July 2017

Owtram, F. 'No Friends but the Mountains: The Toxic Legacy of British Officialdom for the Kurds after the First World War' LSE Middle East Centre blog, 15 October 2019

·       ‘From Dhofar to Doha and a Road Trip to Riyadh: Bertram Thomas’ Sojourns in Arabia, Untold Lives, February 2015

·       ‘Preparation Pays Off: Bertram Thomas and the Crossing of the Empty Quarter’, Untold Lives, December, 2015