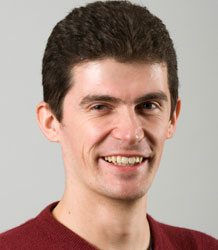 After a Master's Degree in Comparative Politics, with speciality on Arab and Muslim worlds, Marc Valeri received a PhD in 2005 from Sciences Po Paris. His work dealt with nation-building and political legitimacy in the Sultanate of Oman since 1970.

Currently his main areas of interest are the social, political and economic transformations in the Gulf monarchies. Another activity of research he is developing is the issues of stability and consolidation of authoritarianism in the Middle East, and more broadly the question of legitimacy in authoritarian and non-democratic regimes.

I am happy to supervise postgraduate research students in the areas of:

I have examined doctoral students in Exeter and elsewhere, including Bath, Leeds, London (King's College, SOAS), Oxford and Melbourne (Australia).