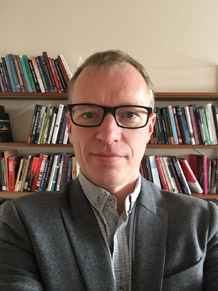 The practical paradox concerns how best to understand the politics of human rights exemplified in the struggle of the Aboriginal tent embassy in Australia. The movement for Aboriginal self-determination was  brought to public consciousness dramatically in Australia in 1972 when four young Abroginal men establishd an Aboriginal Embassy embassy in front of Parliament House. In this demonstration, immanent outsiders to a polity demonstrated that they had a right that they were effectively deprived of within existing practices of citizenship. Human rights are commonly viewed as universal entitlements that we have as human beings irrespective of our membership in a particular political community. But the demonstration of Tent Ambassadors seem to reverse this common sense: the protesters demonstrate their universal entitlement as human beings by acting as citizens of a sovereign pan-Aboriginal nation.

The conceptual paradox follows from this, taking Arendt's hugely influential discussion of the 'right to have rights' as its starting point. Arendt's prescient analysis of the perplexities of the rights of man, published just after the Universal Declaration of Human Rights in 1948, seemed to show that it is only by virtue of citizenship that we have any rights at all. In inter-war Europe, stateless people found themselves in precisely the situation in which they needed to invoke their human rights. Yet they were effectively rightless. Consequently, Arendt claimed that the only true human right is the right to have rights. But this leads to the question in what sense those who become rightless (by virtue of being excluded from citizenship) might claim the right to have rights.

The project will address this paradox by examining how Arendt's analysis of the right to have rights has been developed within three paradigms in contemporary political theory, exemplified in the work of Seyla Benhabib (Frankfurt school), Giorgio Agamben (Heideggerian) and Jacques Rancière (post-Marxist). The project will analyse the languages and practices through which immanent outsiders invoke human rights to engage in acts of insurgent citizenship. The study of languages will inquire into what can be said. It will do so by investigating Arendt's conception of the right to have rights and how it has been interpreted in contemporary political theory. The study of practices will inquire into what can be done. It will investigate the strategies of insurgent citizenship exemplified by the Tent Ambassadors and their impact on the practices of citizenship they contest. Rather than distinguishing sharply between theory and practice, the specialized discourse of political theorists and the political activism of social movements will be treated as different aspects of generalized political thinking ('the political') that is the proper object of reflection of a political theory of politics.

The research project included the organisation of a symposium on the Aboriginal Tent Embassy, hosted by the Australian Centre for Indigenous History at the Australian National University on 20-22 June. The symposium was held in association with the National Film and Sound Archive and the Museum of Australian Democracy at Old Parliament House.

A co-edited book with Gary Foley and Edwina Howell, The Aboriginal Tent Embassy: Sovereignty, Black Power, Land Rights and the State will be launched at the Institute of Commonwealth Studies in London on 26 September 2013.