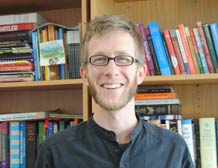 His research chiefly focuses on the role of language in political violence and (in)security, from a multi-disciplinary perspective. This has led him to publish on issues as varied as terrorism, extremism, the Israeli-Palestinian conflict, or migration policies, making use of both quali and quanti methods. His work has appeared in a wide range of very different journals. In 2016-2017 he led a CREST award studying ISIS' propaganda, with Dr. Travis Coan and Dr. Katharine Boyd. In 2020, he received another CREST award to conduct research on far-right online forums, with Dr. Travis Coan and Dr. Lewys Brace.

I supervise BA, MA, and PhD students in the following area:

- Foucauldian and Wittgensteinian approaches to politics.

Dr. Baele has regular interactions with various units of the Home Office.