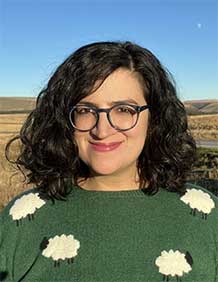 I am a sociologist of knowledge and science, and my work focuses on space science. My research also engages with philosophy of science, epistemology of the social sciences, political sociology, and valuation studies. I am a research fellow in the Philosophy of Open Science for Diverse Research Environments project.

I recently completed a Newton International Fellowship at Cardiff University during which I finished the first sociological study of scientific research on the International Space Station (ISS), one of the world’s most diverse and complex research platforms. My project combined a detailed examination of NASA experiments (in plant biology, biomedicine, and particle astrophysics) with assessments of value about the station (in Congressional program reviews, scientific advisory panels, and media reports). The book resulting from this research is Beyond the Lab: The Social Life of Experiments on the International Space Station and it is in process of completion.

In 2021 I worked (remotely from the UK) as a research associate with Western Sydney University in the project Australia a Space-faring Nation: Imaginaries and Practices of Space Futures, funded by the Australian Research Council.

I have a PhD and MA in sociology from the University of Chicago, and undergraduate degrees in History and Political Science from Universidad de Los Andes in Bogotá. My ISS project, which marked a departure from the topics I researched during my doctorate, was funded and supported with postdoctoral positions at the Smithsonian National Air and Space Museum in Washington DC, the Free University of Berlin, Waseda University in Tokyo, and the British Academy.

Society for Social Studies of Science Annual Meeting. Virtual. “The Pyrotechnics of Promise: The Justification of the. International Space Station as a Laboratory.” August 2020.

The University of Manchester. Interdisciplinary Workshop The Moon as a ‘Contact Zone’ to Other Worlds. “Space Gardening and ‘The Future’ of Space Exploration Field Notes from the International Space Station.” June 2019.

18th Annual STS Conference: Critical Issues in Science, Technology and Society Studies. Graz. “Meanings of Science in the Valuation of Research on the International Space Station.” May 2019.

University College London, Institute of Advanced Studies. “Off the Earth, for the Earth and Beyond: The Scientific Promises of the International Space Station.” September 2017.

The University of Chicago. Conference Georg Simmel: Life, Self, Culture, Society. “The Victim as Social Type and the Social Form of Reparation.” November 2011.

Harvard University. Mellon Graduate Student Conference Objects of Knowledge, Objects of Exchange: Contours of (Inter)disciplinarity. “Violence and its Victims as Objects of Knowledge: The Role of Social Scientists in the National Commission of Reparation and Reconciliation in Colombia.” April 2009.

University of Frankfurt, Institut für Sozialforschung. The Future of Critical Theory Conference. “Critical Theory and the Epistemology of Violence.” March 2009.

“Multivocality by Design: A Sociological Perspective on the International Space Station.” June 2019.

NASA Headquarters, Washington, DC. “A Laboratory with Many Bookkeepers: Science on the International Space Station.” July 2017.

The Sociological Review Blog. With Philip Brooker and Effie Le Moignan “Living and Working in Space: Expanding the Human Factors Framework.” May 2021.

Filling Space Blog. Interview “What relevance does sociology have for humanity’s engagement with space?” December 2020.

The Wow! Signal Podcast. “Among the Space People with Paola Castaño.” March 2020.