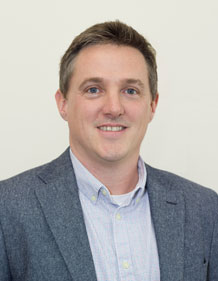 Office hours, Wednesday and Thursday 10-11am and by appointment.
Publications also available at Research Gate
For a summary of our work on anarchist constitutionalising, head to the Anarchy Rules website.
I am currently working on five book projects:
Other projects:
1. Anarchy and IR theory
I have also edited two collections on the intersections between anarchism and IR theory. The first was a forum on anarchism and world politics (2010) and the second reconsidered the concept of anarchy in IR (2017).
2. Building bridges between anarchisms and marxisms
I have attempted to generate a conversation between anrchists and marxists on mutual points of intersection and overlap, as well as tension and disagreement. This has resulted in three co-edited collections. The first explores the historical (2012) connections made between anarchism and marxism, by theorists and groups who found value in both. The second explores more pointed philosophical differences (2016), and unpacks those with the aim of clarifying where future conceptual intersections might be built. The third volume looks at the contemporary overlaps between anarchist and marxist social movements around the world (2020).
3. Methods
The second side project relates to the methods modes of of academic reproduction. A 2017 ISRF grant with Dr Lara Coleman (Sussex) enabled a group of us to synthesise and communicate the coproduction and ethnographic methods that support and inform our theoretical research. A second group I was involved with developed very sucessful methods for group writing, with a view to challenging the alienation of moderrn academia by building cooperation back in.
With colleagues at a five other institutions we have developed novel co-authoring methods and methodologies, that resulted in this publication.
Other scholarly ventures
I established and co-edit the monograph series Contemporary Anarchist Studies, first published by Continuum, then Bloomsbury, and now published by Manchester University Press. We have nearly two dozen titles in print, and more forthcoming.
In 2005 I co-founded the PSA Anarchist Studies Network, which I am convening again from this year, and I have been an Associate Editor of Anarchist Studies since 2010.
You can find my publications on the University of Exeter repository (see Publications) as well as at Research Gate

Dr Prichard is a member of the Centre of Advanced International Studies and the Centre for Political Thought at the University of Exeter. His research sits within and spans both centres. He has published in the following areas:

I would be happy to supervise graduate and doctoral research in the following areas:

I have helped secure ESRC 1+3 awards for two doctoral students (see below), and have co-supervised two PhD projects to completion. Both now have posts as full time academics. I am currently supervising the following projects:

Dr Alex Prichard’s is an impact case study lead for Department of Politics.